An Evening at Sarkhej Roja,Ahmedabad

Sarkhej Roza was the home of the spiritual leader of Sultan Ahmed Shah named Ahmed Kattu Gang Baksh, who was a Muslim religious leader. It contains a cluster of monuments, the origin of which can be dated back to the times of Mughal rule in Ahmedabad.Read more here

Sarkhej Roza,the most tranquil spaces I have ever come across and I think I could visit it umpteen number of times.The inner most mausoleum forms the wonderful realm of architecture within the Roza.Its truly a sacred world.The architecture is mesmerizing. It is a platform where three distinctive worlds coexist, namely royal, religious and social. The palaces and tombs form part of the royal world, the mosque constitutes the religious realm and the tanks and pavilions have given rise to the social world. The carved stone grills create an atmosphere of tranquility, thereby serving as a great retreat for people seeking peace.  Our Driver Johnny was the one who guided us in time at the Roza.When we reached there the sun had started its descend and the atmosphere was bathed in the golden light.What more could we ask for?

"Adhan" the call for Prayer,could be heard from the  loudspeakers there .People rushing for prayers,some of them relaxing under the neem tree,some enjoying the breeze,some involved in gossip  sessions.There weren't much people there at this time of the year.The reflection of light created beautiful impressions as we rushed from buildings to buildings. The play of lights is wonderful and slow and gradually it envelopes the place.Indeed a blessing to be there.We even got permission to see the  backside of the tank.

Adhan and the  play of light and then you enter the mosque the most sacred among all ,and thats a space on its own ,helping us to see the ultimate goal,The god,the Allah as they say..As we entered ,it was filled with prayers the Namaz,a very simple,faithful and mindless exercise.It filled our mind..We could hear the voice of God in ones soul.It was one of the days when I felt in peace with myself and the surroundings. 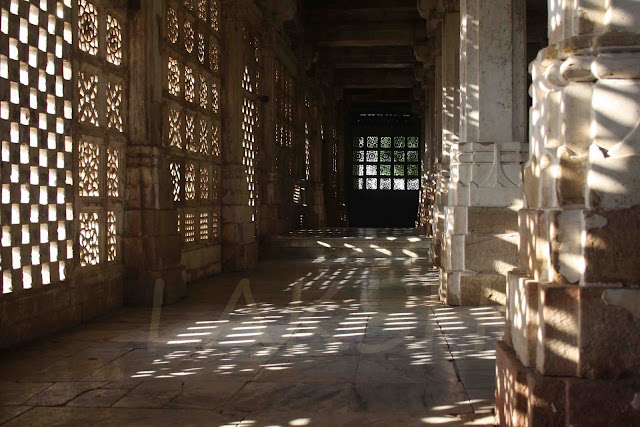 Posted by Lakshmi -Celebrations at 7:12 AM 4 comments


India has a rich textile tradition,no doubt and the artist has developed several mediums to express his imagination on to the canvas in many ways.Religious textiles portray the Indian culture to a great extent.Gujarat also has a Kalam kari art of its own and its called Mata ni Pachedi. `Having read about Mata ni Pachedi,before the trip,I was very sure that I wanted to see an artist who does this art,visit him and learn .Our driver Johnny knew each art of gujarat in detail and he took us through some very narrow gulleys in the main town of Ahmedabad to show the artist at work.
This Religious textile Art is done in a cream coloured cloth.They are hangings painted with iconographic representation of  gods and goddesses.They usually form the backdrop behind Goddess Durga in temples .If the devotees wishes come true they offer  it to the lord.During the festival season this art work is in demand in villages .In earlier times,the whole work used to be done by hand.Now they have blocks available.the sides of the cloth is decorated using blockprints and then the inside is handmade.

I think its now getting evolved from religious purposes to objects of decoration. 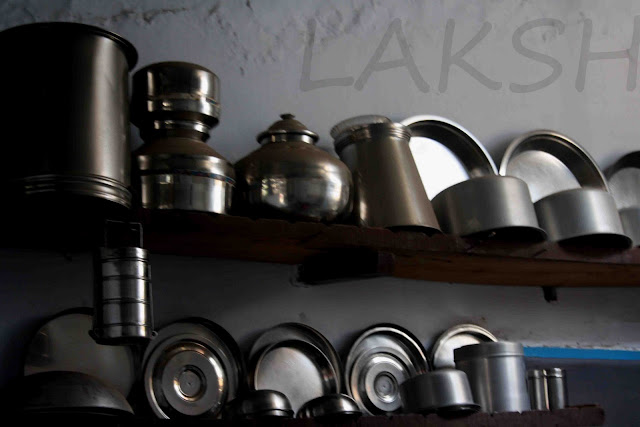 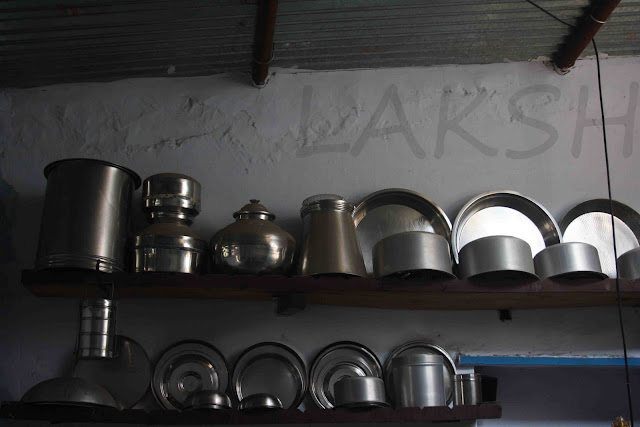 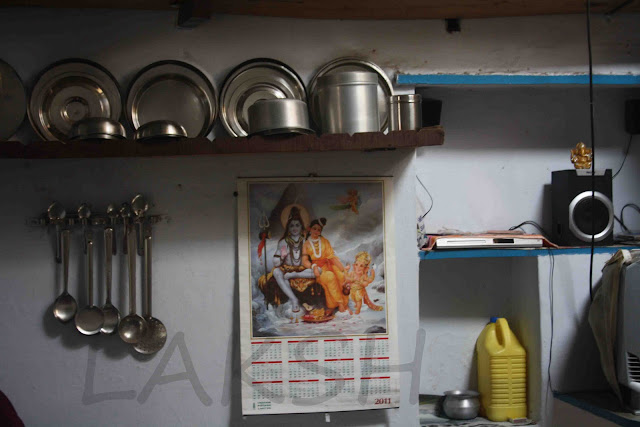 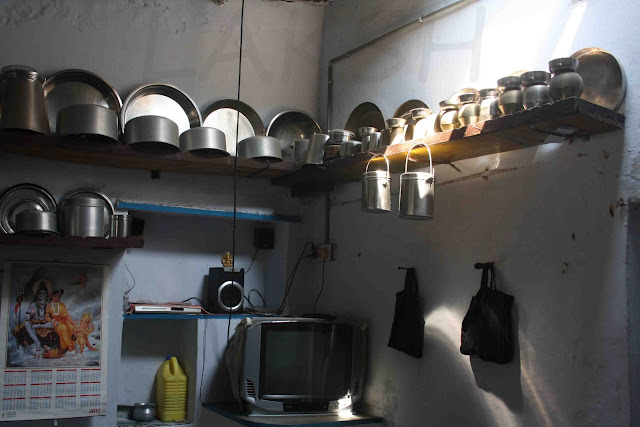 Images and Ideas:Lakshmi Arvind
Pl do not steal the images.

We were at "Agashiye", the little restaurant within  the heritage hotel, "The House of Mangaldas", for an authentic Gujarati meal.Each meal was a treat to the eyes and a feast for us.They were an array of Gujarati delicacies  like the meetha dal,pakoda,tamarind chutney,poori,parota,shrikhand,achar and khichadi too .The last day we were about to leave they even gave us complimentary sweets,coz of the everyday visits there and there were complimentary coupons also everytime we went  for the next visit..The food was enjoyable,lipsmacking and the decor was so homely and heavenly..I think this is the first time i featured something like this.

My daughter the 7 year old still says of going back .. 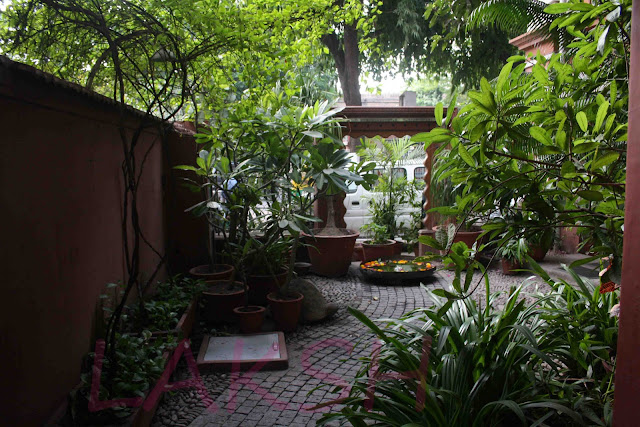 Images Lakshmi Arvind
Posted by Lakshmi -Celebrations at 8:46 AM 7 comments