Indian Architecture and Art-"Memories of my pol in Old Ahmedabad"

Have you all heard about a book on pols which has been being brought out for children. The book is about life in the pols and uses a unique combination of sketches, old sepia family photographs of families living in the pols and an insight into unusual aspects of living in this unique community setting. The book "Memories of my Pol in old Ahmedabad' was unveiled on April 18, 2009 on World heritage Day.
"The book is being brought out by Cruta Foundation and City Heritage Collection, for Ahmedabad heritage cell.This book is an attempt to unveil to the new generation, the charm of old Ahmedabad through the childhood memories of those who grew up there. It's also an effort to instil interest in its preservation and continuity. Images are from the book which was found online.
The story is told by Pratima:Listen to her as she tells you about her story and memories...the good old ones. The most striking feature of the children's book is that the story is narrated by a little girl, who has been brought up in the pols and explains to readers the lifestyle there. The girl, Pratima Mehta is now 75. Pratima takes its readers around Desai-ni-pol in Khadia, literally. From parrots, the community chowk, otlo' where women discuss their social problems to unique wall paintings called ghokhlas' and the soothing experience of listening to chants from nearby temples and rushing for evening aartis'.

Pratima, however, does not miss out sleeping on the agashi' the rooftop of her house during night when while staring away at an elaborate sky and the twinkling stars puts you to sleep.
She talks about the unique architecture of houses in the pols, where the central courtyard ensures that temperatures within the house remain cooler unlike houses in the present times. 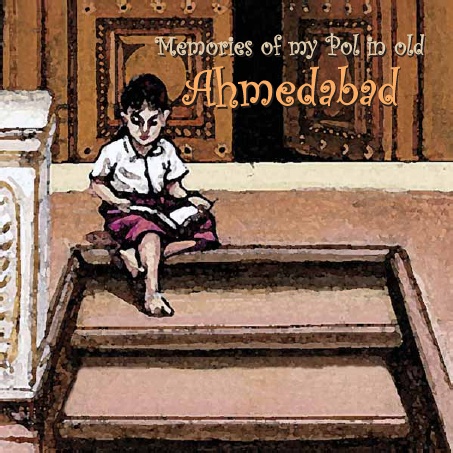 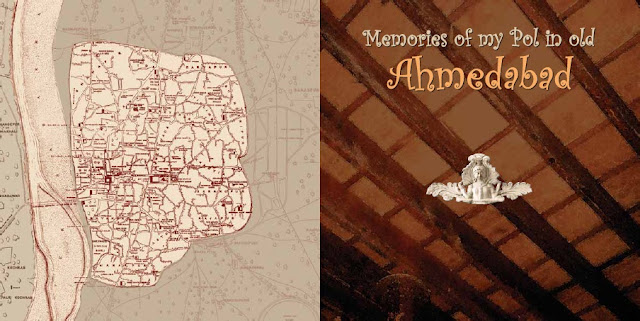 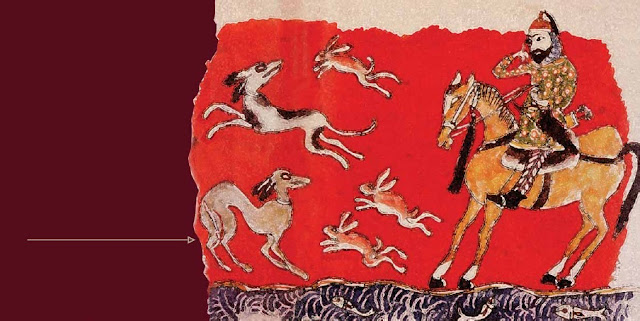 This painting by Amit Ambalal alludes to the legend of Sultan Ahmed Shah of Gujarat (late-14th – early-15thc.). Hunting on the banks of the Sabarmati, he was amazed to see a hare chasing a hound. Convinced that such a place must possess some miraculous quality, he set up on the site a new city – Ahmedabad – to which he shifted his capital from Patan in North Gujarat. 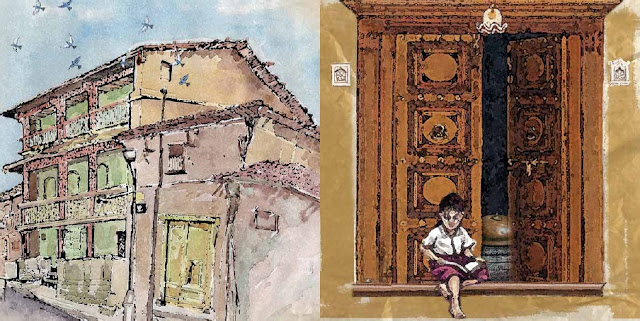 This is Pratima from the Mehta Family.

You approach the main door through a notlo a kind of small, raised porch. On either side of the main door is a gokhlo–an ornamented niche in the wall. In the old days diyas – oil lamps –would be placed in these gokhlas to light.

My brother Priyadarshan and I grew up in this house. Ours was a large family – our parents Bhimbhai and Chandravatiben; uncle and aunt Kanubhai and Hiraben; our Dadaji (grandfather) Dahyabhai; and many aunts and cousins. Dadaji was a lawyer, and Diwan (Chief Minister) of some of the princely states that existed in India before independence. He built this house when our father was born. We had two grandmothers. The elder of them had no children. It was she who supervised the construction of this 21-room house. A pencil sketch of nine-year old Pratima by the famous artist, the late Rasiklal Parikh(1910-1982) dated 11th february, 1944. 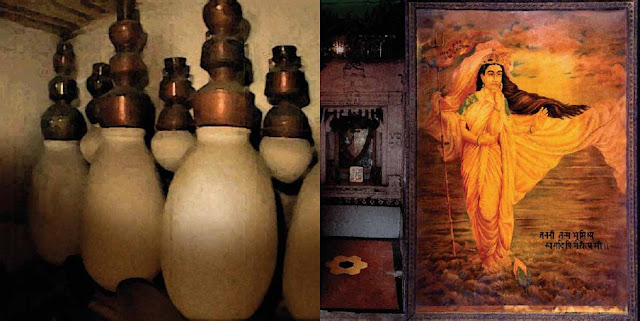 Inside the house is a big chowk (courtyard). The chowk had a display of brass utensils, and the doors leading from it into the rooms were decorated with rich torans (hangings across the top of the door frame) of glass beads. We spent most of our time in the chowk. There was a hinchko (swing). After lunch, when the elders retired for their siesta, I would happily sit on it. In a corner of the chowk was a small, octagonal well-like structure, covered by a heavy, dome-shaped copper lid with a big handle. This was the opening for lifting water from the tanku – a large underground tank which collected rainwater from the roof. After the first few showers had washed the whole roof clean, no one was allowed on it. The tanku was our main source of water through the year.

Even in Ahmedabad’s hot summer, it was comfortable inside the house. Cool air flowed through the front window into the house, taking the warm air up and out through the chowk. This cooled the entire house. Our living quarters were on the first floor. The second floor had bedrooms, and in summer the agashi (rooftop terrace) was a pleasant place to sleep under the starry sky. We could hear the bells and the chants of shlokas and aarati from temples on both sides of our house. Opposite us was a girls’ school, from which the soothing sounds of morning prayers floated across.

On the first  floor the diwankhand – the large hall where guests were received. Here Dadaji used to meet distinguished visitors. One of them was Swami Vivekananda. During the freedom struggle many famous national  leaders, such as Gandhiji, visited our house. Our elder grandmother, Jadavba, used to sit on the otlo in the evening and  women from the pol would come to discuss with her their personal and social problems, seeking solutions. Our younger grandmother Savita Gouri was a pious woman whose life revolved around prayer and ritual and seeing to the needs of holy personages.

There were lots of birds – pigeons, sparrows and green parrots with bright red beaks. They lived in specially built gokhlas in the walls and ate from the chabutro in the pol. We fed the birds and kept water for them to drink. There was a chokthu (openspace) in front of the nearby haveli of Sir Chinubhai Baronet, grandson of Shri Ranchhodlal Chhotalal, founder of Ahmedabad’s first textile mill and the first President of the Ahmedabad Municipality. Many leading Indian cricketers also stayed there as guests.


Hope this would make for an interesting read...
Image courtesy and Text Courtesy:here

Posted by Lakshmi -Celebrations at 12:27 AM