Isla Van Damme (call her Loulou) 68-year-old Van Damme has done her whole life, building her career as a designer, a stylist, a restaurateur.At present working with Bungalow 8 on a project.

She runs a beautiful  guesthouse in the Palani Hills, a two-bedroom cottage that nods to the style of English bungalows and French plantation houses built here during the Raj (the property abutting Van Damme’s is a working pepper and coffee plantation founded by French Jesuits). There’s the outdoor teak furniture; there’s the handknit cashmere “leopard-skin” carpet, a take on the tiger carpets used by Tibetan monks for meditation, that took Van Damme’s weaver in Delhi a year to complete; there’s the Turkish kilim, similar to the ones she used to sell in Belgium; and there are shelves of books bought at art exhibitions.


Van Damme’s personal style is more Banjara than Belgian, she is fastidious about the most minute details.


Now that her guesthouse in the hills is complete, she’s begun work on the design for a second, larger house farther along the ridge. By the time that’s finished, Van Damme plans to be growing as much as 60 percent of the produce she needs for herself and her guests in her own garden. She recently started making her own butter; she may even learn to make cheese. She’s talked about starting up a drum festival with her neighbors to promote local tribal music and wants to work with a friend to improve sanitation and awareness about littering in the nearby villages. 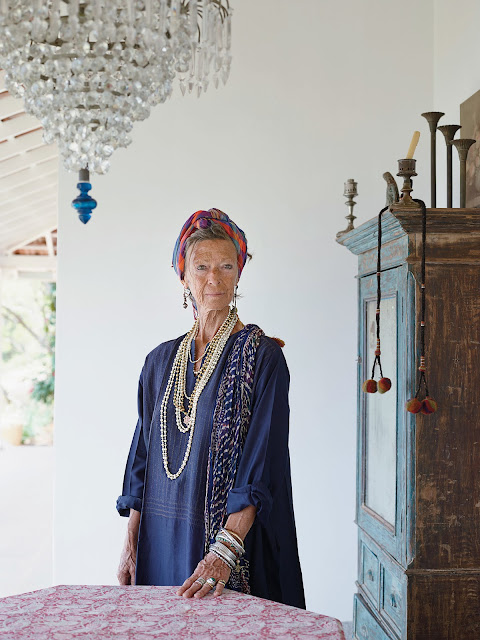 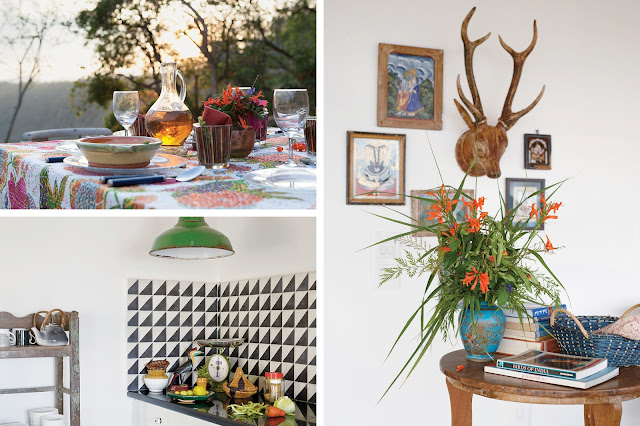 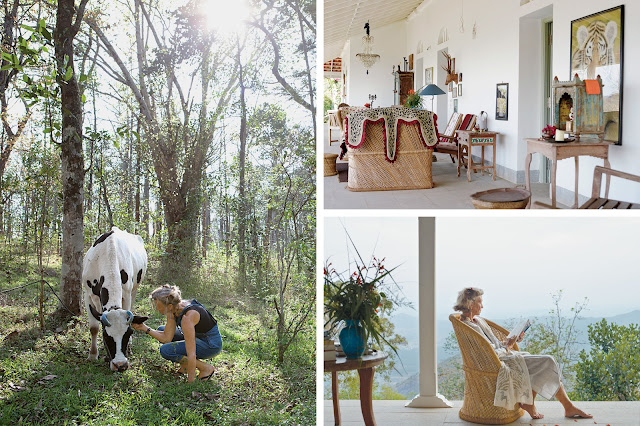 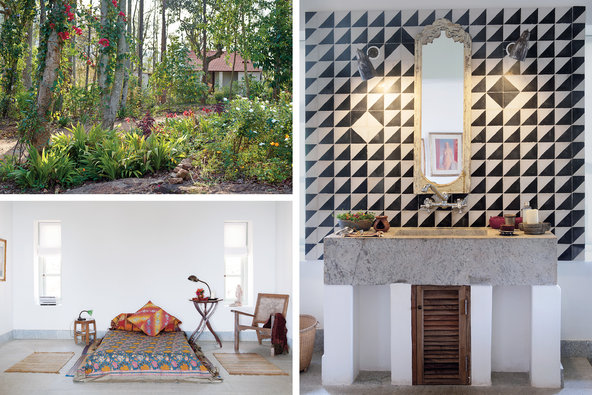 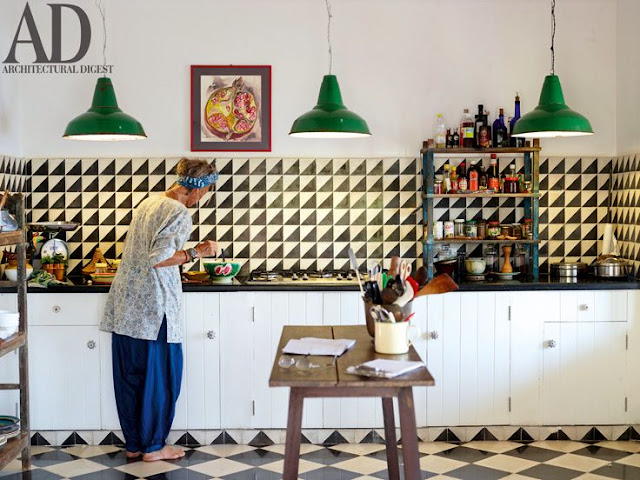 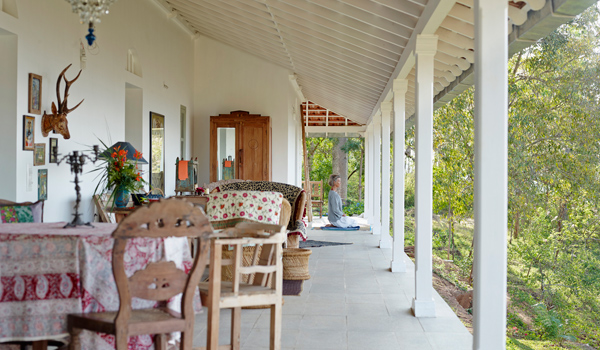 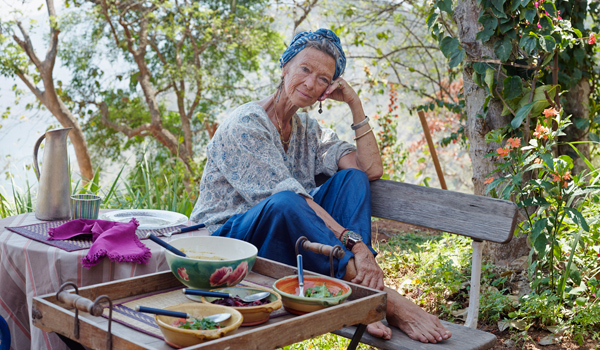 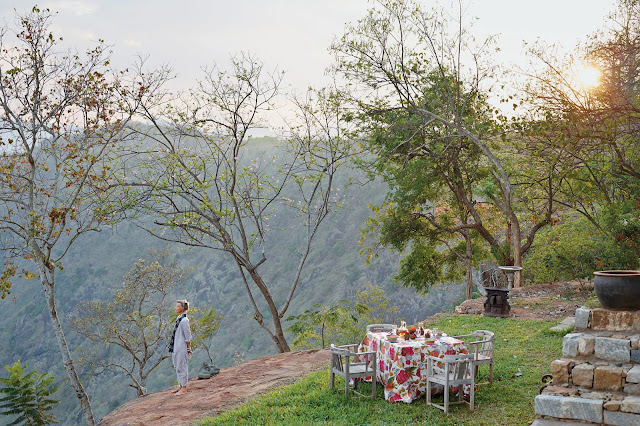 Posted by Lakshmi -Celebrations at 10:13 PM