Some chapters,Some episodes,Some moments are always frozen and doesn't fade a bit in the coming years..

Visiting some fragrant age-old culturally and historically rich homes are always considered an experience for a life time.

Last year's summer visits saw us travel from the southern most tip of our home town to the extreme north where it rains always, where the Nila flows in its simplicity, the land of Namboodiri Illams, snake temples and kathakali. Being  with Nila that filled my childhood memories. It's said Nila stirs creativity, makes a person a romantic and ignites passion and love. It  makes me the happiest person. It still infuses a wave of calmness in me and I can gaze at for days:)-

Having spent many years in the Malabar region the love for Nila would always be there. Vivid memories of passing the Nila when travelling in train to the Malabar along with parents, memories of the river swell in rains and trickle in summer :)- all part of growing up :)- and lovely childhood memories. 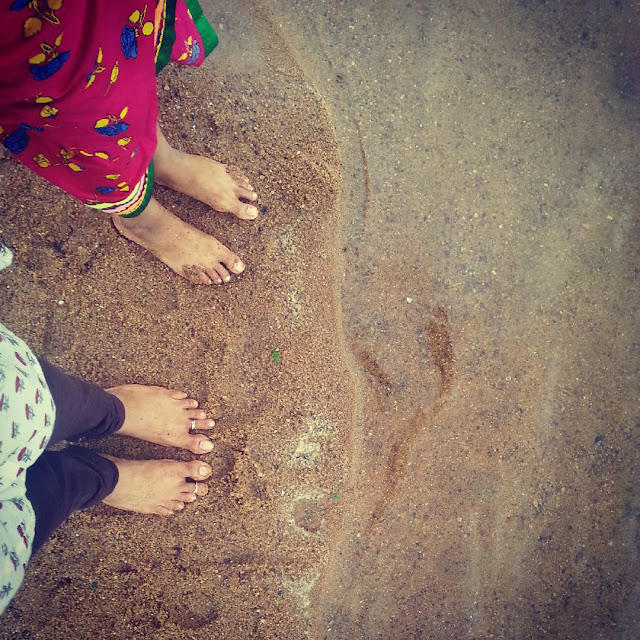 Playing on its shallow banks ,having a walk on the sands,visiting temples on its banks...it felt as if i could touch those memories.. alas if only one could go back in time:)-

A short break at Shoranur and then on to the village of Vellinezhi. As planned a stay was not possible at the Mana since the host Mr Damodaran  was not in town and so we wait for another opportunity to spend some quality time at the place. But nevertheless we spent a lot of time watching and getting bowed down by the architectural marvel of the Illam...

A travel to the village of Vellinezhi was worth every inch. It is a small but culturally crucial village located in Palakkad district of Kerala in northern India. The sylvan, rugged land is located on the banks of the Kunti, a slender rivulet that forms tributary to the broad, west-flowing Bharatapuzha that criss-crosses central Kerala in southern India. 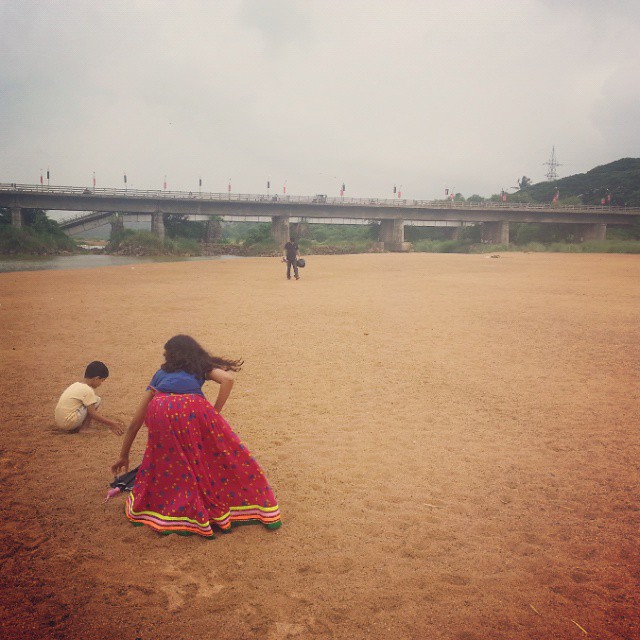 Vellinezhi is home to Olappamanna Mana, one of the centuries-old feudal Namboothiri (Kerala Brahmin) mansions Illam. The residence of the  late poet Mahakavi Subrahmanian Nambudiripad (simply Olappamanna, his pen name) and author-scholar Dr O.M. Anujan. the 20th century, It was in Olappamanna Mana that the legendary Pattikkamthodi Ravunni Menon redefined the aesthetics of the Kalluvazhi tradition of Kathakali. 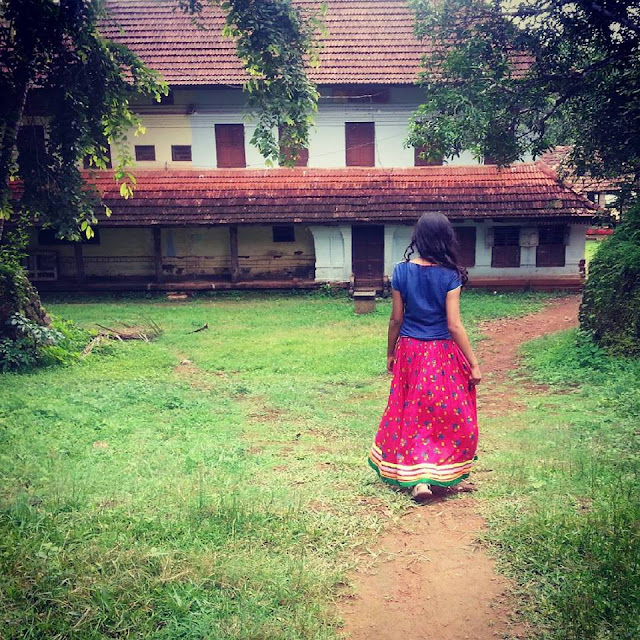 Vellinezhi has grown in stature as the homestead of a few classical Kerala art forms. Primary among them is the dance-drama, Kathakali, the technical precision and aethetic quality of which rose to great heights during the life and times of Pattikkamthodi Ravunni Menon who polished and made the Kalluvazhi style of the art artfully elaborate. It is his set of disciples, along with the playback musicians, percussionists, make-up (chutti), costumes (petti) artistes that he groomed who later made Vellinezhi proud. The village, critically, has a house named Kothavil that has specialised in the craft of designing and making Kathakali 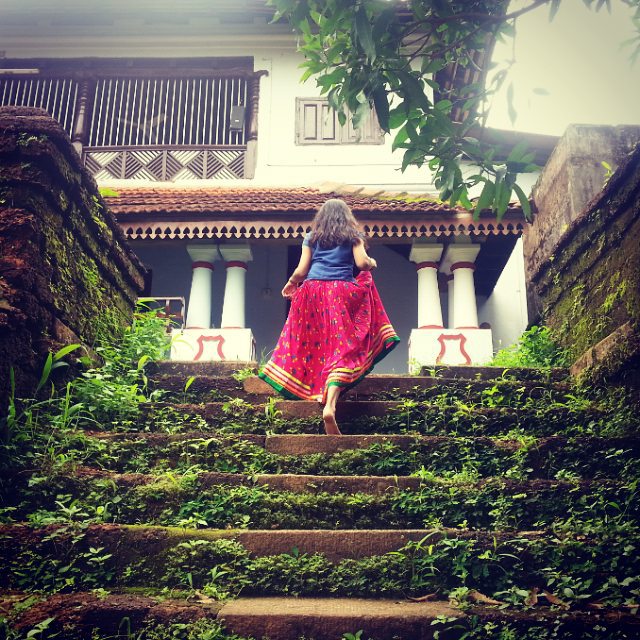 The place is mesmerizing,enchanting, preserving and protecting the treasures of the  precious traditions. A devotional commitment from the noble couple, Sri. Damodaran and wife Sreedevi. With my humble Pranamam.I still feel I am still wandering somewhere there:)- 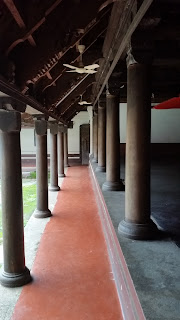 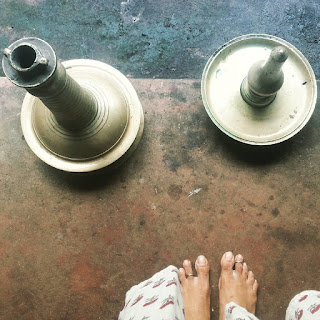 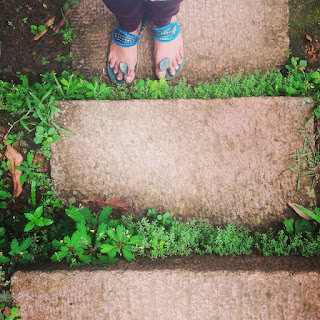 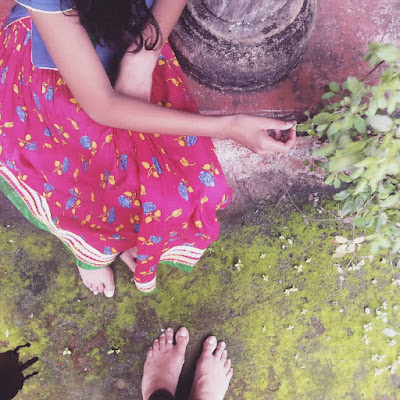 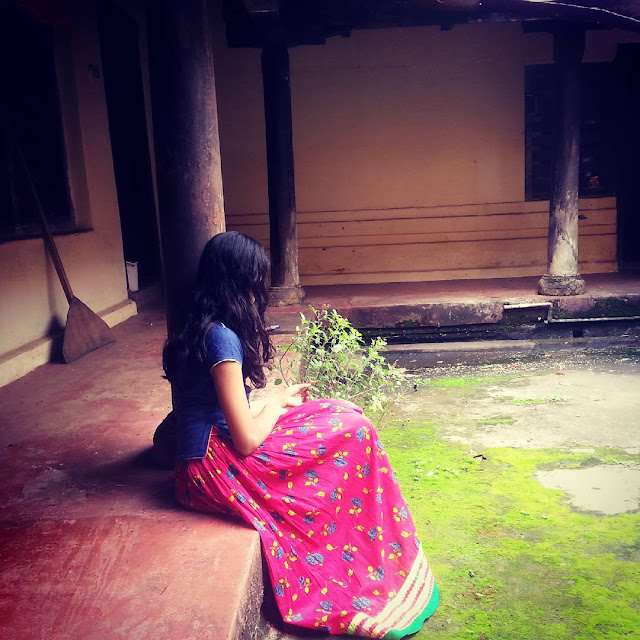 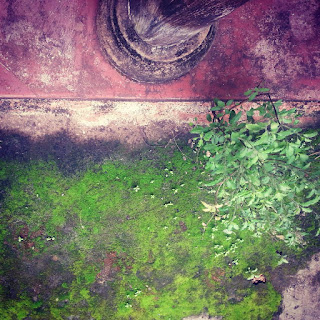 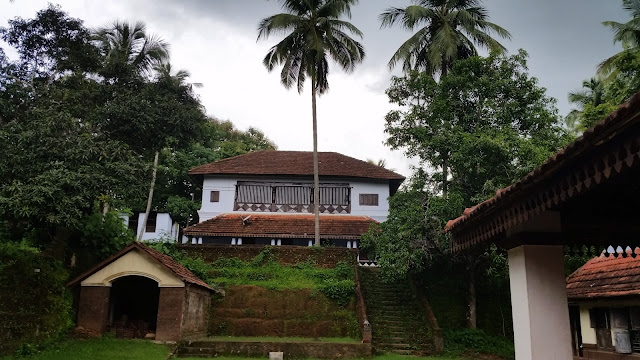 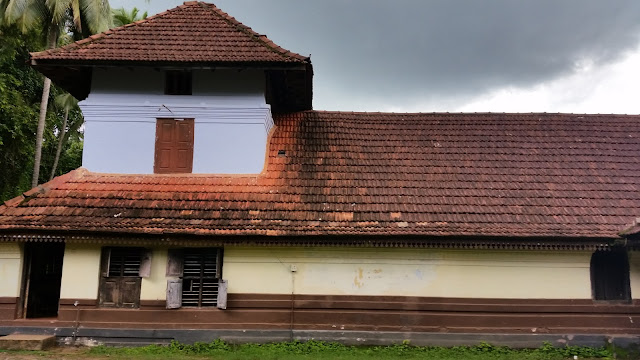 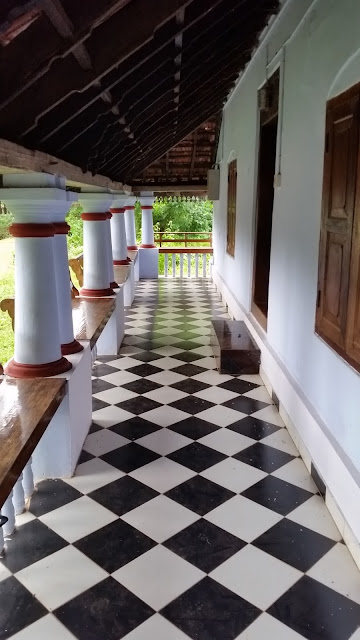 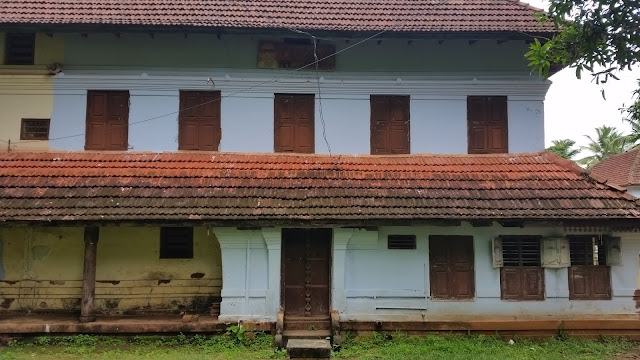 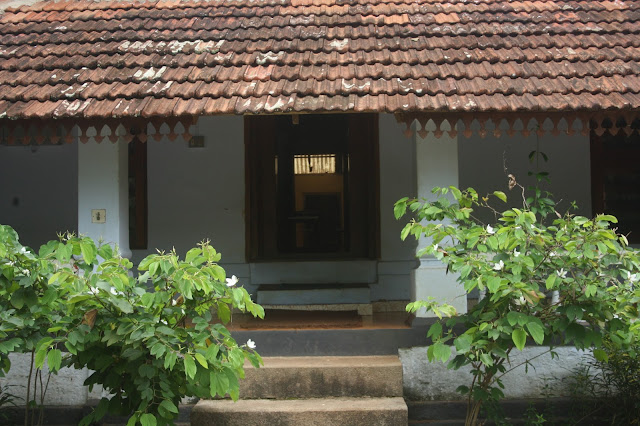 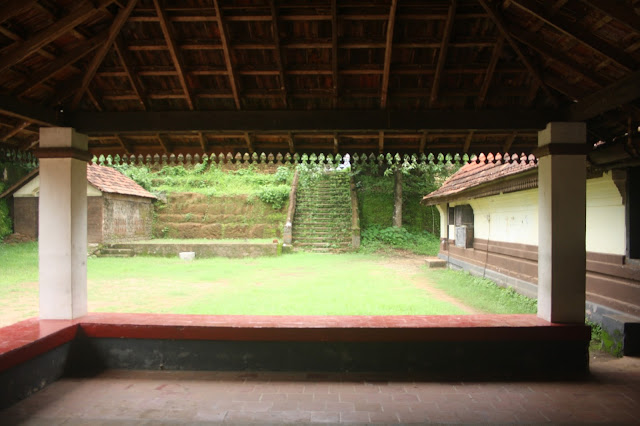 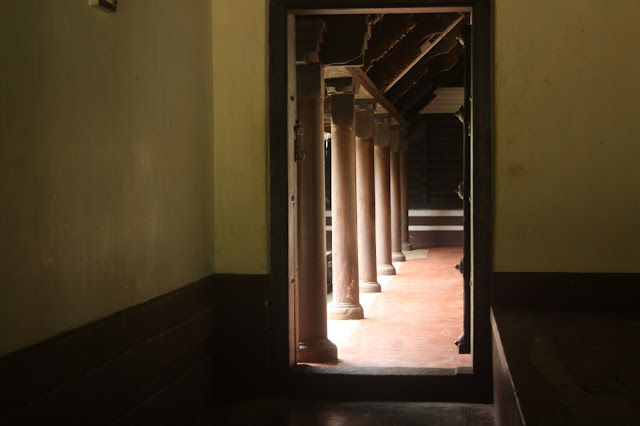 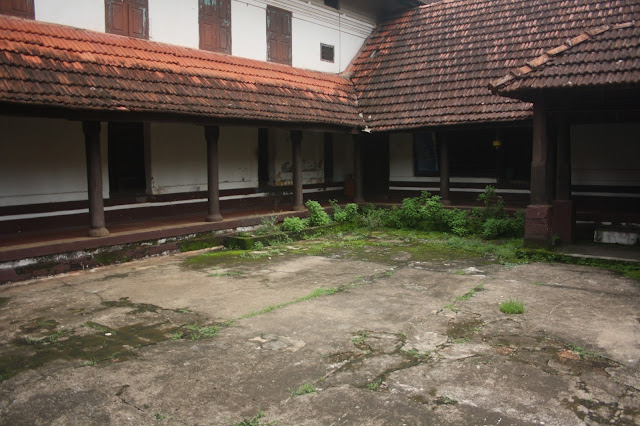 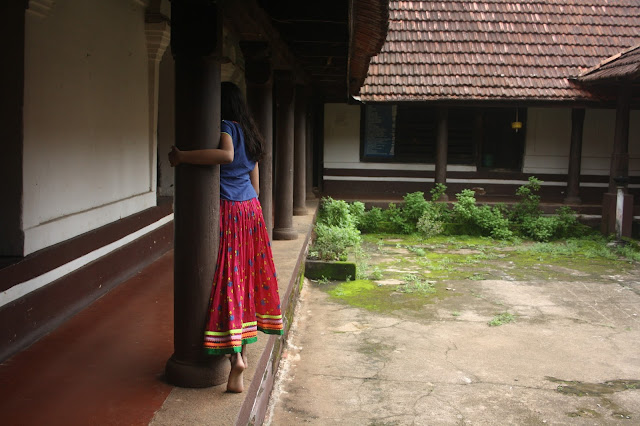 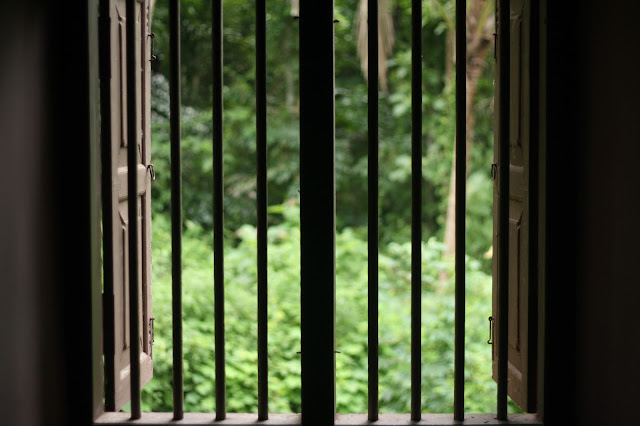 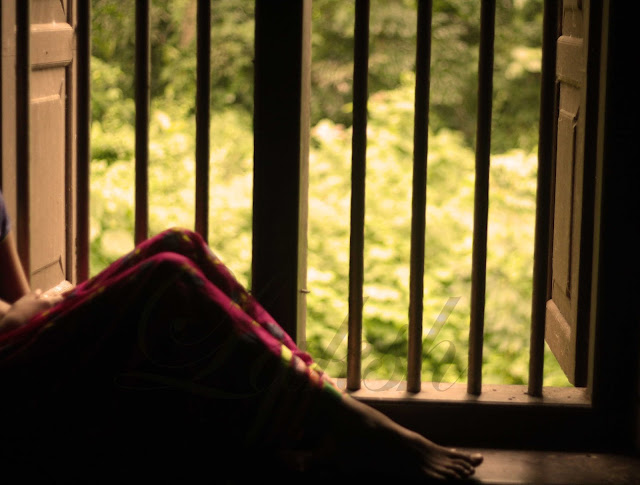 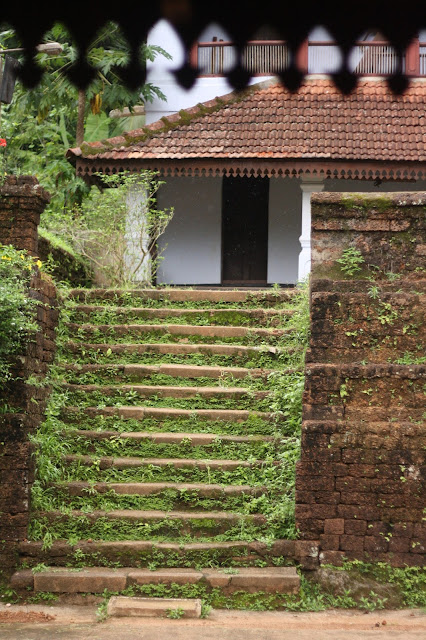 Posted by Lakshmi -Celebrations at 3:41 AM